Master Ding Academy exists to preserve and promote authentic Yang-style Tai Chi Chuan. The Academy has been established and founded by Master John Ding since 1990. We teach the traditional art, passed down through the Yang family lineage, from Yang Lu Chan (1799 – 1872) to the present day.

From your first session, you will learn the true skills of traditional Yang-style Tai Chi, including:

In our classes you will learn to: 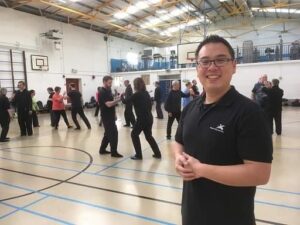